Anyone ready for a dark fantasy? 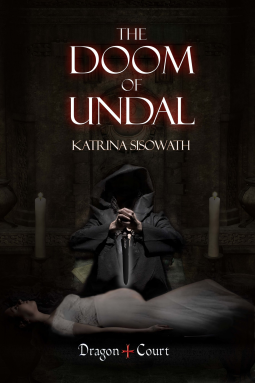 Synopsis; The Dragon Court has ruled uncontested for millenia,  bringing knowledge and prosperity to all. The Strongholds of Madayi Kavu, Tartaria, Magan and Shiimti have trained generations of royal children. Ningi has built a line of Ziggurats known as ‘the Band of Peace’ around Magan, protecting those within its borders.
Yet all is not as it seems—far to the West in the land of Undal, mightiest of the nations, the Royal Queen and her children are struck with a mysterious illness and perish. Whispers are that the Dragon Court is responsible, while those in the Temples claimed she had sequestered herself in her chambers, experimenting with dark magic.
A grieving son, trained as a Mulla Xul by Eris herself, swears vengeance. In his quest for truth he will become the greatest threat Tiamut has ever known.
Three Princesses of Magan, sisters by blood, hold the fate of the Dragon Court in their hands
Pick up your copy here
https://www.goodreads.com/book/show/25201274-the-doom-of-undal
http://www.amazon.com/Doom-Undal-Dragon-Court-Book-ebook/dp/B00VIVYWBI 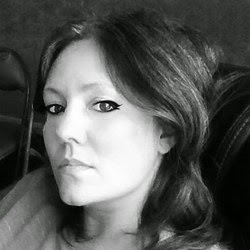 On a personal level, Katrina is an avid book reader and loves mythology, history, ancient civilizations and anything to do with occult ideologies and practices. Mages, Serpent Priestesses and the ‘real’ Gods, aka the ANNUNAKI(the prototypes for those we know today in the form of Greek, Roman, Indian and even the Biblical characters) are all addressed on her website, with descriptions of Dragons, consciousness altering drinks and powders and what the scarlet clad priestesses really got up to in their sacred chamber. She also is a guest writer on Ancient Origins, writing about the Serpent Cult, Mystery Schools and their politico-military branches

1) Books:) I love books, I’ve always been a bookworm for as long as I can remember. My favourite fictional genre is fantasy and for non-fiction, mythology, history, the occult, philosophy, and psychology

2) Travel. I have a severe case of wanderlust. I love visiting new places and will go to all the ancient sites if I can. I drag my kids to castles and ruins up and down England, though they are still a bit young and complain.

3) Baking. Yes, my girls and I love to bake cakes, cookies and pies. We have sweet tooth problem in our family

4) Spice. I must have spicy food. I cannot eat bland food. I will whip out a bottle of chilli sauce and dump some on my steak.

I am British-American. The Brits think I sound American, Americans can’t place my accent.

I spent a lot of time in South-East Asia, which has given me an appreciation for other cultures and a love of spicy food.

I studied Mandarin Chinese, but that was a looooooong time ago, so a lot of it is rusty.

I cannot drive a manual car. I’ve tried many times. Nope. never works out too well.

I am also hopeless on a motorcycle–to my eternal frustration, as it looks so easy