Jason finds out about his secret child and emotions explode out of him. His relationship couldn’t be more fragile with May, than it is now.
He’s about to learn, it’s not just May’s family who

knew about little Dolly.
Is there no one who didn’t know?
Find your copy here:
UK http://www.amazon.co.uk/Remember-Me-Calling-You-Home-ebook/dp/B00QKVUUNU/ref=sr_1_3?ie=UTF8&qid=1436036253&sr=8-3&keywords=kristal+mckerrington 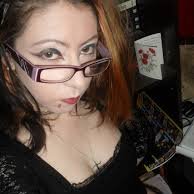 Kristal McKerrington has  been a published professional author since 2010. She is  currently signed at Gilbert Literacy Agency and with several publishers.  Kristal has worked with ReemVision  and even appeared on TMZ a few times. She is the nationwide author with Marie’s World.  Kristal lives in Scotland, believers in a free Scotland.  She loves Viking myths and history. Kristal is a  huge reader in her spare time. She is the co-creator of the genre wrestling romance with Joe E Legend. Kristal wrote a comedy novel which comes out in 2015 with Firefly & Wisp Publishing. Kristal is good friends with Mohombi who has supported her novel Marie’s World going nationwide in the UK and has been released nationwide in the US. She has received  support from Sony Music and other big promoters, celebrities.
Facebook: https://www.facebook.com/kristalsmckerringtonsfanpage

3) Coming up with new book ideas

9) I don’t drink or smoke anymore