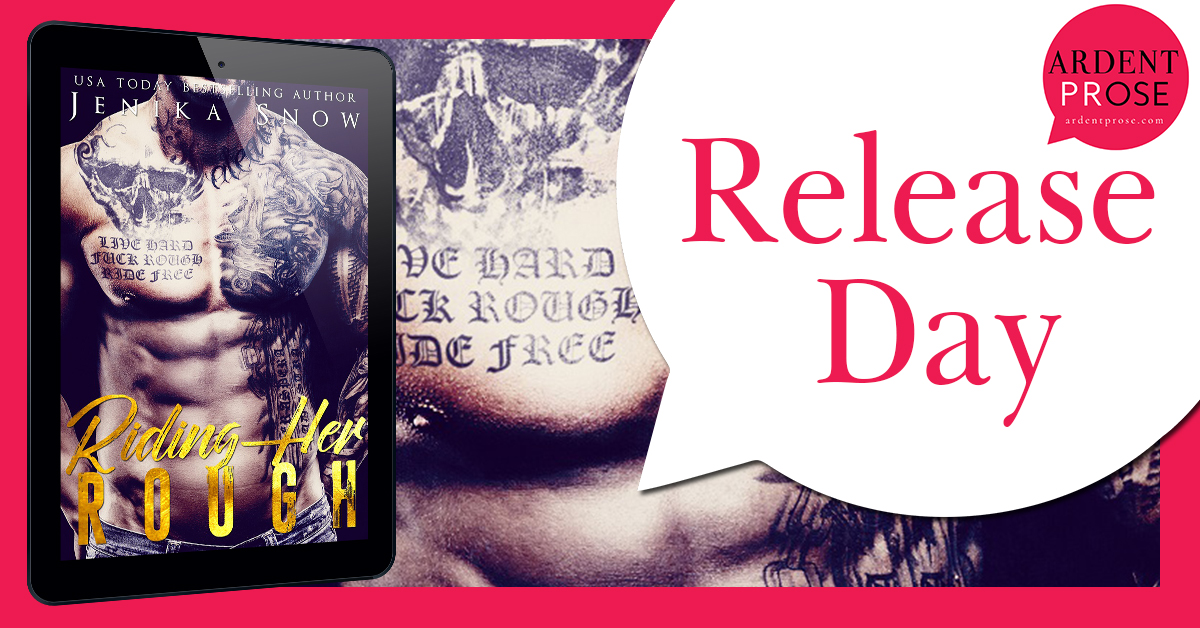 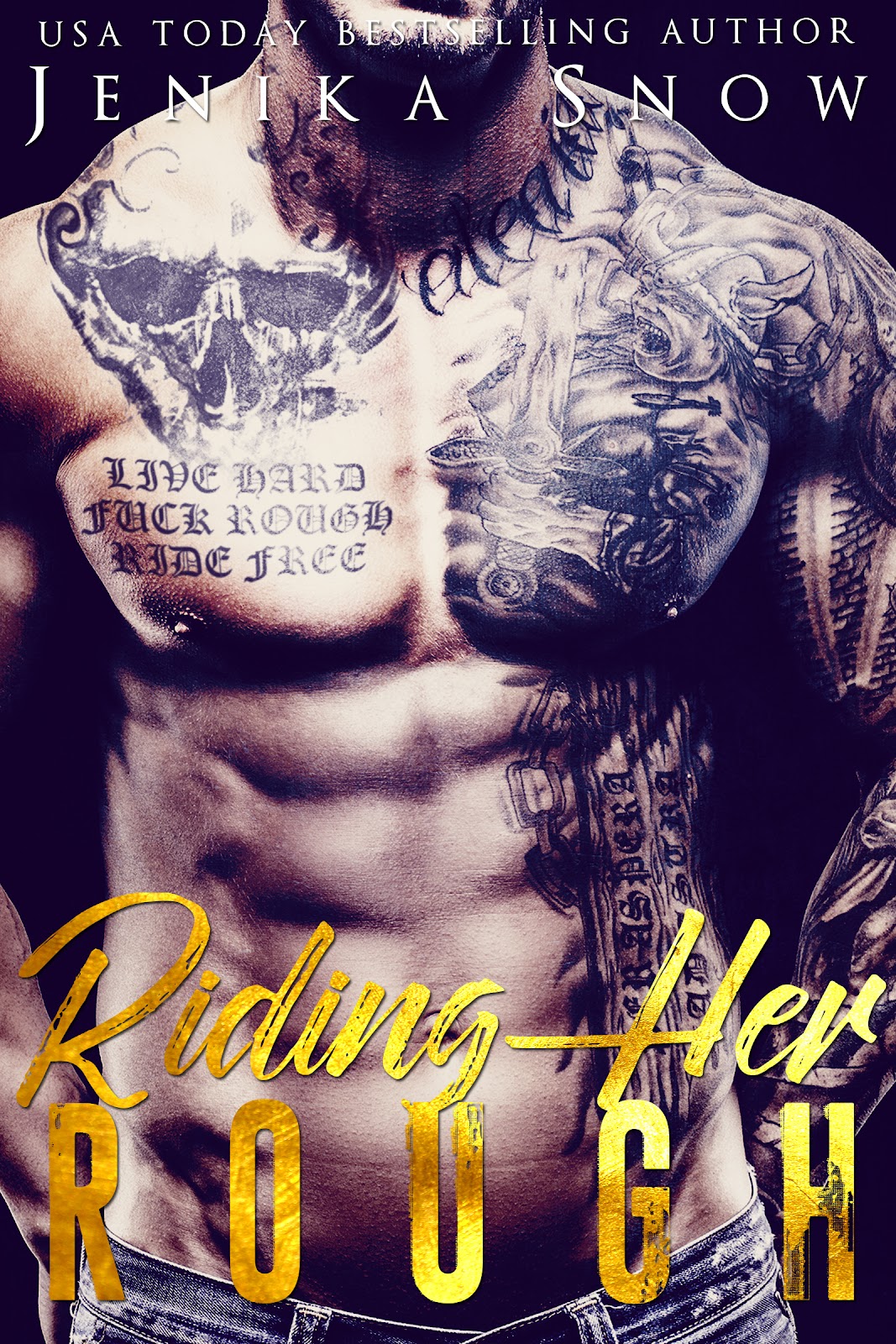 He kept his distance. She saved her virginity.Torque Morrison is a biker without roots—a Nomad—and he likes it that way. The pierced and tattooed member of the Death’s Door MC is a bad boy who’s lived hard and stayed away from what he really wants…the curvy Delilah.And staying away from what’s forbidden has been the hardest thing he’s ever done.Delilah Stringer was the daughter of the Death’s Door MC president, and she wasn’t a shrinking violet. The outlaws she grew up around may be crude and nasty, but they’re also protective, and they’d never approve of her being with a fellow Patch.But Torque is the only man she’s ever wanted.And then he’s back in town, and one drunken night leads to her giving him her virginity.Torque finally claims Delilah. She’s his in all ways. He isn’t about to walk away from her, no matter who he has to go up against to make that known.Warning: A fast, filthy story that leaves nothing to the imagination is just a page away. It’s unbelievable, and it might even be a little ridiculous, but it hits the spot in all the right ways. READER NOTE: This was previously published under the title Ridin’ Her Rough. It has since been re-edited and revised. 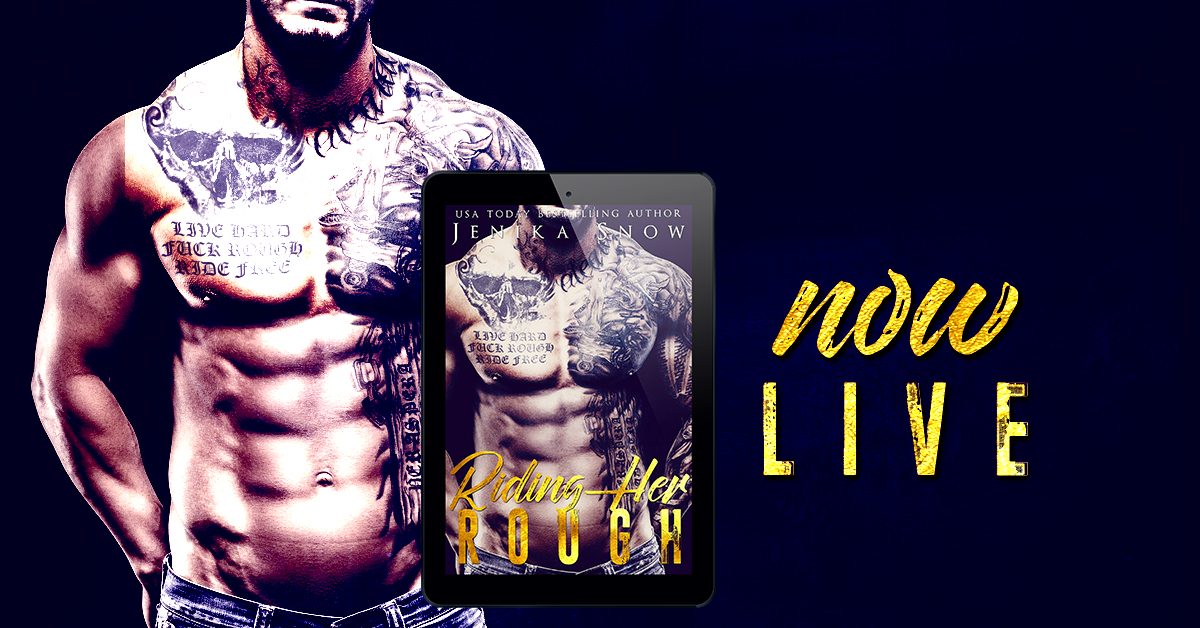 He stood, but because she was still sitting, that put his crotch right at level with her face. She curled her uninjured hand into a fist and slowly trailed her gaze up to his face.
“I’m barely controlling myself as it is, Delilah.”
Her chest rose and fell with the force of trying to get enough oxygen into her lungs, but she was growing light-headed regardless. “What?” It seemed when her lust pounded inside of her, she was nothing more than a one-word kind of girl. Torque made her this way, and she knew he always would.
“Baby, if you keep looking at me like you want me to fuck you, then that’s what I’m going to do.” She watched as his jaw hardened. “In fact, I’ve had enough to drink that even though I know what I want to do to you will likely get my ass handed to me by your dad and the other members, at this point I am so fucking hard up for your pussy I don’t even care.”Her tongue felt swollen, as did the rest of her body. Her clit throbbed, and her nipples were so hard she wouldn’t have been surprised if the damn things ripped through the thin material of her top. “I think you’re too drunk to know what you’re saying.” She needed to get out of this room right now or she’d be liable to do something that would most likely end up having her regret it in the morning.
She stood. They were now face-to-face, and although they were only inches apart, Torque didn’t move. He was at least a foot taller than her measly five-foot-two-inch frame, so she was forced to crane her neck back to look him in the eye. God, he was just so big and masculine, and although Delilah wasn’t a little thing by any means, even considered herself more on the thick side, this man made her feel petite in every way imaginable. Before she could move away, he shot his hand out, grabbed a chunk of her hair, and yanked her head back until her throat was bared to him. The sting of pain from his forceful touch only amplified the lust burning inside of her. She parted her lips, not knowing if she was going to tell him to stop or beg him for more.
“Baby, I know what the fuck I’m saying, and who I’m saying it to.” He leaned in close until she felt the brush of his lips along hers. He didn’t add any pressure, just held them there like he was some kind of sadist and was getting off on the fact that she was squirming from his torture. “I know that if I were to fuck the prez’s daughter, I’d get a fucking beating that would probably leave me bleeding out of my ears.” His breath was warm and smelled of whiskey, but the sweet scent had her pussy clenching. “But you know what, baby?” He didn’t give her a chance to speak. “I have wanted your ass for far longer than I am even comfortable admitting, and I know you want my dick buried deep inside of that sweet little pussy of yours too.”
“Oh God.”
He chuckled deeply and shook his head, which had his lips brushing back and forth along hers. “No, Delilah, not God. But I’m going to have you calling out his name as I fuck the hell out of you.” 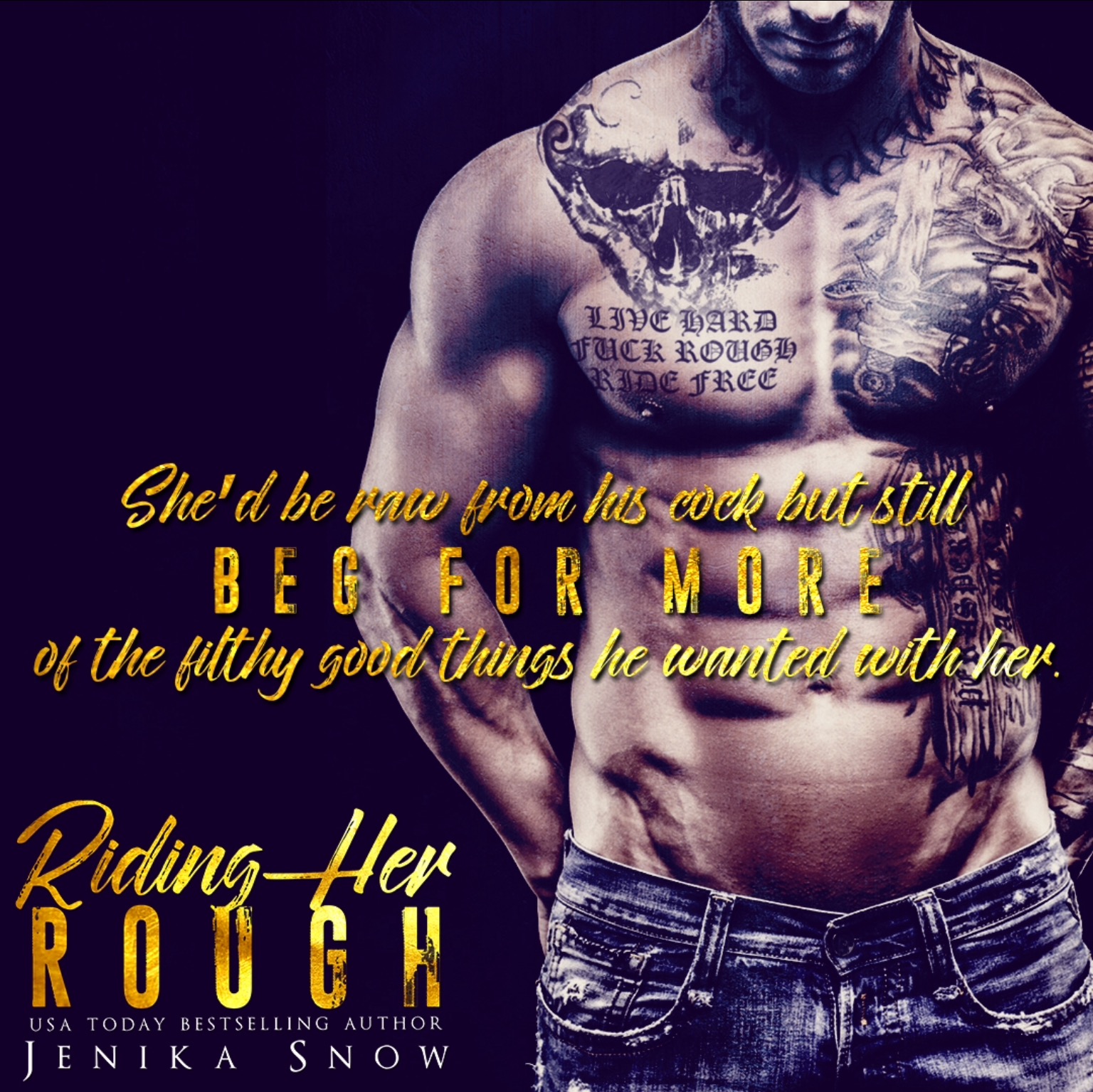 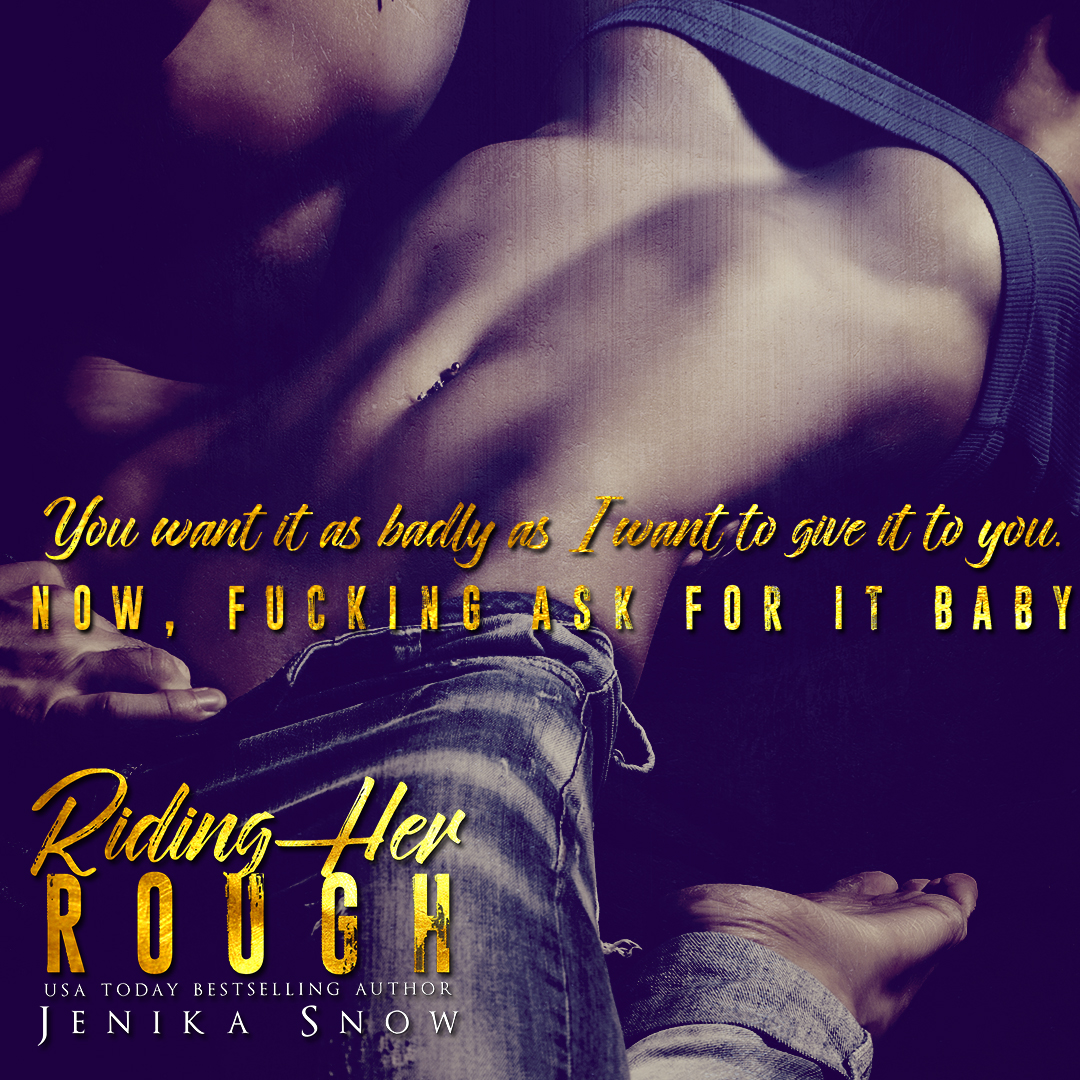 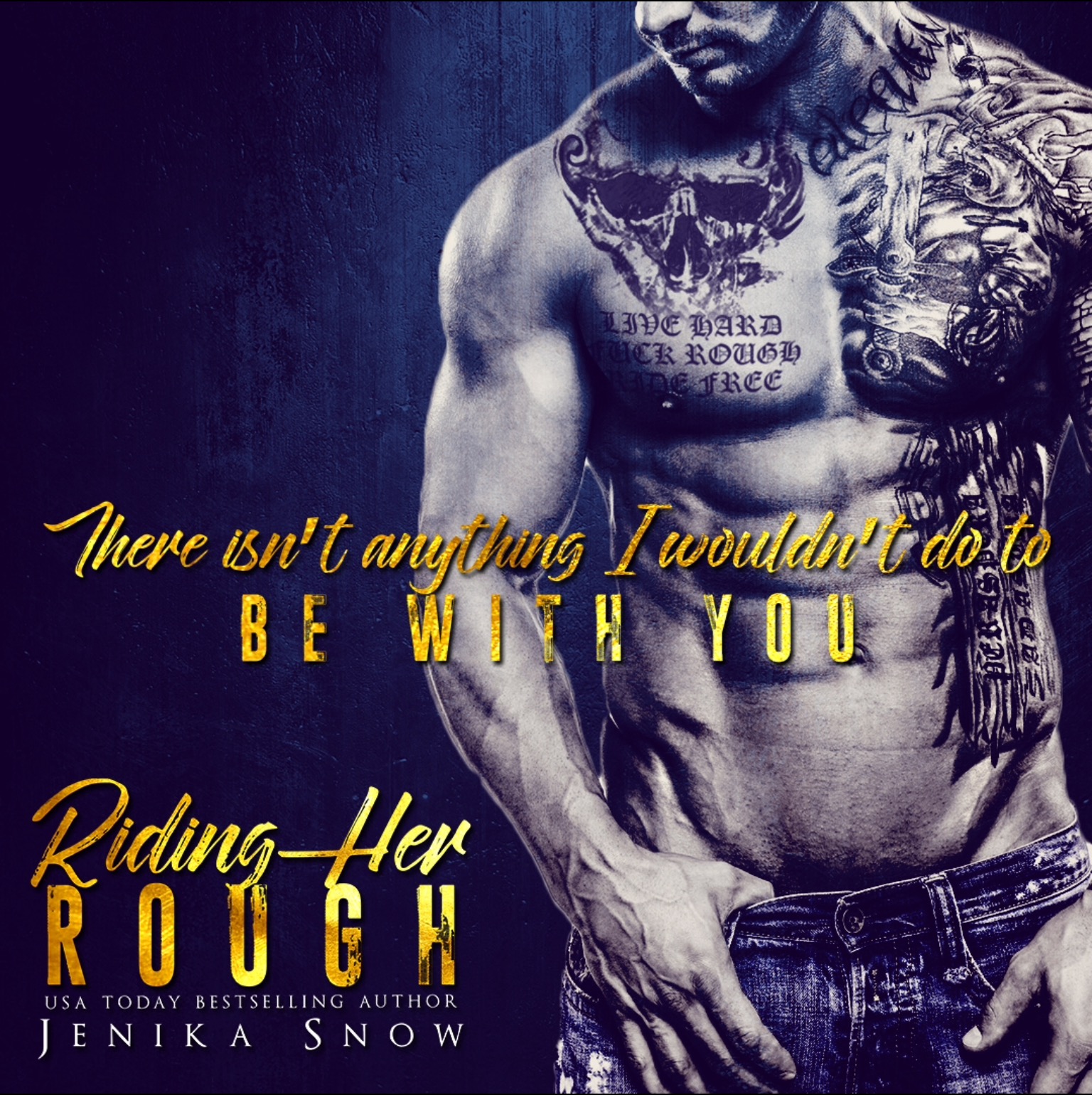