MOLLY: PART ONE
The only thing Molly has ever needed in life is to be wanted. She has made bad decision after bad decision when it comes to men but when the events of one fateful night changes her life forever will she find what she has always wanted with the one person she never expected?

Ryan thought his life was all planned out with his perfect girl but when tragedy strikes it changes his life forever. When he finds his relationship changing with the person who has helped him through his darkest days will he be able to move on and allow himself to be happy again?

As the chemistry between them threatens to ignite them both it becomes clear that if they give into their desires that they could lose the closest people in their lives.

Will their families accept what is between them? Is what has developed between them worth the risk? 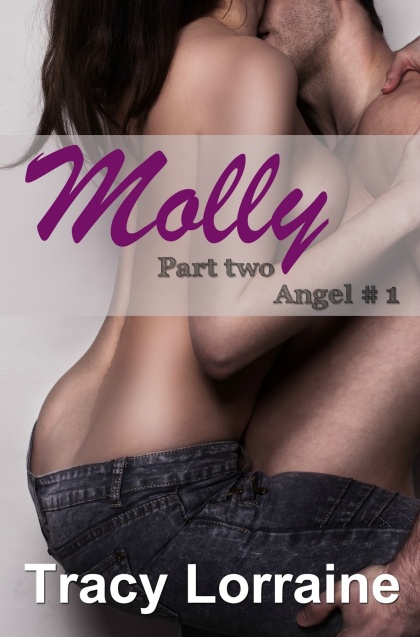 MOLLY: PART TWO
Molly and Ryan have spent months fighting their growing feelings for each other. They both decide that they can no longer deny their desires but will it all come crashing down before it’s even begun when the guy that Molly has been seeing gets in the way?

As Molly chases after Ryan will she be able to convince him that she is fed up of fighting the connection between them and that she is truly ready to start a serious relationship with him despite all her insecurities that keep rearing their ugly heads?

Can Ryan prove to Molly that despite the past she is the only one for him? Will he be able to convince her how serious he is about her and their future despite his mother getting involved and trying to use Molly’s insecurities and fears against her?

As a couple will they be able to deal with the unexpected events life throws at them and come out the other side stronger than ever? Or will it all prove too much to handle when it seems the world is against them?

ABBI
It was lust at first sight when Abbi laid eyes on inches of perfect inked up skin last summer. She had a weakness for bad boys who were great at breaking her bed but even better at breaking her heart. She was trying to break the cycle and date the nice guys but they left something to be desired.

Abbi has spent her whole adult life dealing with the aftermath of an event that happened to her as a teenager. Will her inner demons be enough to put an end to her new relationship before it has really started?

She never could’ve imagined that this stranger’s bad boy appearances were just that and what was on the inside was the romantic and passionate man she had been looking for.

Jax wants nothing more than to settle down with a woman he loves. He has grown up watching his parents fall more and more in love everyday and all he wants is the same for himself. Unfortunately his looks have meant that he attracts the wrong type of women who don’t take his commitment seriously.

He unexpectedly meets a blonde bombshell at his friend’s house that instantly takes his breath away, could she be the one he has been waiting for and could she help him banish the ghosts of his past?

EMMA
Deciding it’s time to move on after the devastating loss of her twin sister, Emma starts a new life in a new village with the intention of having a quiet life to concentrate on her writing. What she doesn’t expect is that Connie, the quirky café owner where she has spent so much time, will become her new best friend, and that her Connie’s brother will spark something inside her that she didn’t ever think could be uncovered.

Will Emma be able to overcome her fear of loss and her lack of self-confidence to be able to let him in or will she push away the only man that’s ever made her feel alive?

Ruben has spent the last six months travelling Australia. He has spent his time enjoying the easy life style and the even easier women. After witnessing the pain of a broken heart Ruben made the decision that he was never going let a woman in, he was content with letting them warm his bed and nothing more. That is until a photograph appears on his phone and a pair of light blue eyes and a curvy body knock him on his arse.

Will he be able to put aside his fear of losing himself to a woman to fight for the one thing he wants more than anything and accept that his future isn’t what he thought he wanted?

CONNIE
Available February 22, 2017
Connie has been hiding her true feelings for years. She has first hand experience of what acting on those feelings does for the ones she loves so she tries her best to keep them locked up tight. Unfortunately it’s not always that easy, her recently discovered pregnancy is proof of that.

Connie is a strong young woman. She has a successful business, an amazing family and now a great best friend. There is something missing though and no matter what she does she can’t put him behind her.

Fin’s jack the lad persona is helping him to hide a lot of secrets. His friends think they know all there is to know about him but they are very wrong. Fin has become the master at hiding his pain and struggles.

Fin has one weakness though, he always has, but he knows she’s something he shouldn’t be allowing himself to have. He knows the possible consequences for his actions but he’s powerless to stop himself until the actions of his best friend forces his hand.

Can Fin face up to the secrets he’s hiding and at last allow the people that love him in to help and in turn allow Connie the happy ever after she has always dreamed of or will he push everyone away when he needs them more than ever? 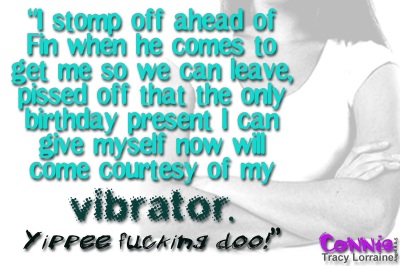 Tracy Lorraine is fast approaching thirty and lives in a cute Cotswold village in England with her husband and slightly crazy dog. Having always been a bookaholic with her head stuck in her Kindle Tracy decided to try her hand at a story idea she had dreamt up. Molly has been in production for a while now but at last Tracy feels she is ready to be set free.