Police detective Joe Cabrera used to have a pretty good life. Promising career, plenty of flirtations, and he never once needed to question the nature of his reality. All of that changed when he discovered the truth of the lalassu. Suddenly, he fell deep into a rabbit hole of paranormal powers, shadowy conspiracies and millennia-old secrets. Now, his old no-nonsense approach to his job just doesn’t work any longer. If he wants to stop his old enemy, André Dalhard, from hurting anyone else, Joe will need to find a more flexible option.

A master of disguise, Cali has assumed so many identities over the years that remembering who she was born to be is impossible. Abandoned on the streets as a child, she was rescued by André Dalhard. She’s served him loyally for many years, using her shape-shifting abilities to take on new personas in the blink of an eye, such as Boomerang, the master thief. To save Mr. Dalhard from prison, she becomes Colleen Avila, a meek and mild personal secretary.

Joe initially planned to use Colleen as a confidential informant, but wasn’t prepared for the intensity of his feelings for her. When he meets the arrogant and brash Boomerang and the determined and fearless Cali, he finds himself torn between the three women. For Cali, she knows she must inevitably either break Joe’s heart or turn against the man who saved her from a life of uncertainty and poverty.

As Joe and Cali work together, they discover an even greater threat to the lalassu, one that could send everyone tumbling down into a new rabbit hole. If their fears are realized, neither their friends nor their enemies will be able to escape. 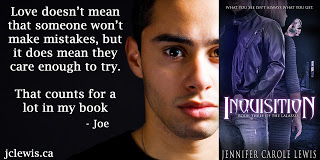 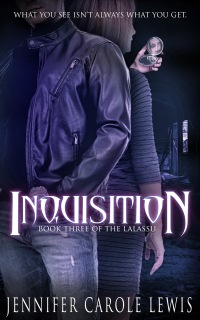 Jennifer Carole Lewis is a full-time mom, a full-time administrator and a full-time writer of paranormal romance, which means she is very much interested in speaking to anyone who comes up with any form of functional time-travel devices or practical cloning methods.  Meanwhile, she spends her most of her time alternating between organizing and typing.

She is a member of the Ottawa Romance Writers’ Association and the Romance Writers of America.  Without them, she would still be dreaming about being a writer rather than sharing her books with readers.  She believes in conspiracy theories and happily-ever-afters, which makes for some interesting dinner time conversations.

She is a devoted comic book geek and Marvel movie enthusiast.  She spends far too much of her precious free time watching TV, especially police procedural dramas.  Her enthusiasm outstrips her talent in karaoke, cross-stitch and jigsaw puzzles.  She is a voracious reader of a wide variety of fiction and non-fiction and always enjoys seeking out new suggestions.