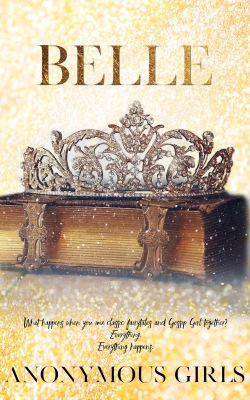 Isabelle “Belle” March is a nobody. A nothing. A Peasant. No one even knew who
she was until one of the Royals, Adam “Beast” Castle, decided she was hot
enough to ignore the hierarchy at our school—a hierarchy I myself set in place.
I run this school, and the Upper East Side, too. Here at H.E.A., we stick to a
strict social status, something most of Manhattan does, too. So when Beast
starts dating Belle? All hell breaks loose.

Royals shouldn’t date Peasants, and you’re about to see why.
Oh, and please don’t buy this thinking you know how this story is going to end.
You know nothing. Nobody here at H.E.A. plays by the rules, or follows the
books. The only one who knows anything around here is me…
And I’m not telling anyone a thing.
XOXO,
Elsa

Belle (A Tangled Royals Book #1)
Text Copyright © 2017 Anonymous Girls
All Rights Reserved
Adam was a force of nature when he was out there on the field.
There was something almost animalistic in the way he reared his arm back,
calculated the risks, and some how managed to fire off a perfect shot toward
the receiver—more often than not, Prescott—every single time. Every time his
passes were caught, I waited for him to show some sign of his usual cockiness
or even excitement, but he just nodded, slapped his hands together, and did it
again. He was so grave, so focused, and it was clear he took his duties as
quarterback very seriously.
Whereas Prescott danced. Literally. I’d laughed along with the rest of the
crowd as he’d done his thing, but Beast had been too busy talking to his coach
as the defensive lineup trailed onto the field to see it. That’s how the whole
game had gone.

Beast doing his thing, Prescott doing his, and Ella and the Royals all cheering
them along with flips, bounces, and pyramids.

They cheered now, something about the Royals being undefeatable, and the W.W.H.
team going home crying, and the crowd went wild when Ella was flipped in the
air and caught by Elsa, Anna, and Tianna. Prescott grinned from the bench and
blew a kiss at Ella, who beamed, her cheeks red.

Something had changed between them since last night, and they seemed… happy.
Prescott no longer seemed like he was in a prison sentence without parole, and
even Ella had been smiling and joking with her friends while the boys played.

I looked at Adam. He watched the girls, too. His gaze was narrow on them,
almost like he was annoyed at something, but then he shrugged and turned back
to me. When he saw me watching, he grinned, lifted a hand, and waved. Smiling,
I immediately waved back. He pressed his hand to his heart, then slammed his
helmet back over his head.

Snow sighed beside me. “God, can you believe he’s yours?” 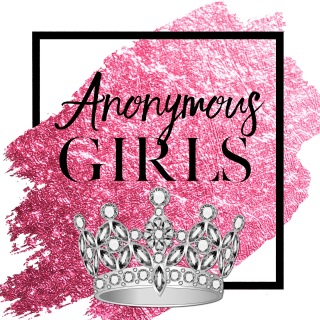 Anonymous Girls are two New York Times and USA Today bestselling
authors who you’ve probably already read and loved. One day, we were talking,
and we decided to write a series together, and the Tangled Royals series was
born. We live on planet Earth, somewhere in a country, in a
house, and we wrote a lot of books individually, but we’re not about to tell
you how many.
Come on, you didn’t think we’d make it that easy to figure us out, did you?
That’s a secret we’ll never tell.