Title: Up All Night 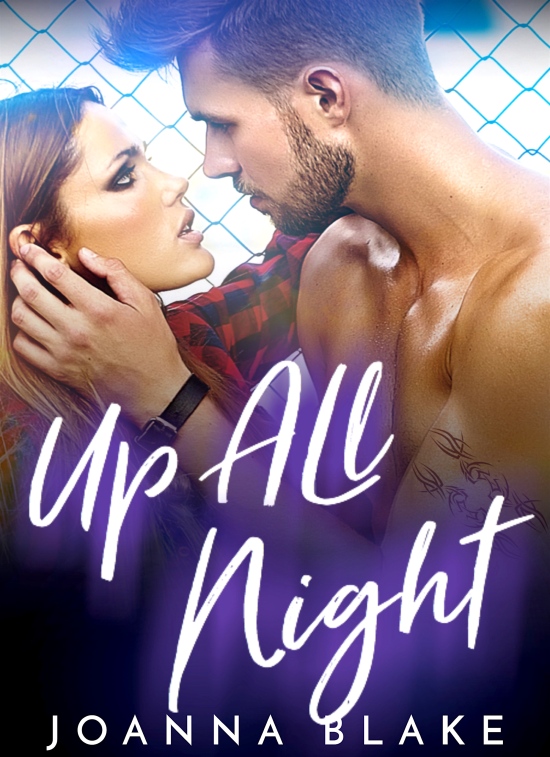 I’ve got fame and fortune in spades – and I don’t mind using them to get what I want: HER. Little Miss Thing has no idea the WILD RIDE I’ve got planned for her.

I’m kind of a big deal. As in, everyone on the planet knows who I am, and they have since I was fifteen. You’d think that doing whatever I want, not to mention the constant stream of women, would be pretty fun.

And they were. For a while. But now I’ve seen it all – and it’s enough to make a man pretty jaded.

When there’s a human stampede outside my concert, I jump out of my car to help. That’s before I see the girl who nearly got trampled – the tiny, young, adorable superfan.

So I invite her backstage… and before I know it, I’m inviting her to Vegas for a night of hard partying — and hopefully more.

She’s even more innocent than she looks, and I end up taking a cold shower. The last thing I expect is for her to sneak out the morning after.

No matter what I do, I can’t get this girl out of my head — her smart mouth, her huge blue eyes, and those crazy curves of hers are my own personal kryptonite. The fact that she doesn’t fawn all over me just adds fuel to my fire.

I’ll do anything it takes to win her – even pull out the old-school romance.

Jewelry? Check. Roller coaster ride at 4am? Check. Following her across the country like a Goddamn puppy dog? Check.

This girl is gonna be MINE.

This book was previously released under Dare Me. It has been extensively rewritten and expanded. It’s a light and sweet story with a guaranteed HEA and not even a hint of you-know-what!
Enjoy!
Xoxox,
Joanna 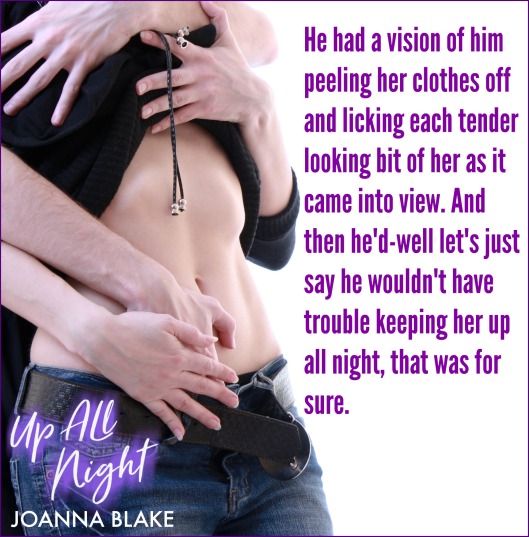 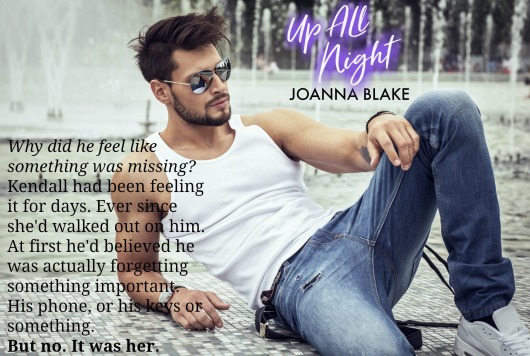 What had he gotten himself into?

Kendall was sitting in the boutique, watching Jessica try on clothes. It had been his idea. Now he was paying the price.

His pants felt tight all the sudden.

He pretty much felt like his jeans were a sausage casing and he’d been overstuffed.

Jessica was standing awkwardly in another dress he’d picked out for her. She looked gorgeous but extremely aware of how exposed she was. This one was, um, very revealing.

She didn’t look trashy though.

And very, very self conscious.

She was trying in vain to pull the bottom of the mini skirt down to cover her thighs. Her sweet, firm, silky looking thighs. He wanted to tell her that she shouldn’t hide. She should show herself off.

But he didn’t want her to do that exactly either.

Not unless they were alone.

God, she had great legs. Strong and shapely but utterly feminine. The dress fluttered around her hips and hugged her tiny waist, all the way up to the plunging neckline. She was trying to pull that up too. She looked ridiculous, trying to make the fabric do things it didn’t want to do.

And he was grateful to the fabric, even if it was creating a situation in his pants.

His mouth dried up when he looked at that neckline. It was – oh god – her glorious breasts were finally on display. They were perfectly round and looked delightfully bouncy.

Jessica kept saying she wasn’t a toy, but she looked like endless hours of fun to him.

He groaned, crossing his legs. He was getting a hard on in the lobby of the hotel! He was going to have to stop playing around and get this girl into bed, no matter what it took. The sooner the better.

Otherwise he was going to go insane.

She wobbled a bit in the heels he’d picked out for her.

She stared at him, pulling a face. He couldn’t help but laugh. He’d never laughed so much in his life as he had in the past few hours with her.

It was a strange sensation, laughing while his dick tried to tear its way out of his pants. It had a mind of its own. And it was hungry.

She shook her head miserably.

“Go and pick something out then. Just-”

He smirked as she kicked off her heels and disappeared into the racks. In a few minutes she was back, holding up a simple dress and a pair of high heeled ankle boots. She slipped into the dressing room and he closed his eyes, focusing on calming down his raging hard on.

A fireman rescuing the Nun while she clutched the kittens and puppies.

The fireman was kissing the Nun and lifting up her skirt. The Nun looked like Jessica. He was the fireman.

The fireman disappeared under the shapeless black habit as he knelt in front of her and dove between her thighs.

He snapped his eyes open.

She spun for him, wearing a more modest, but equally stunning, above the knee length dress. It was black silk with a sweetheart neckline. It swirled out gracefully when she spun. The booties she’d picked out were about 4 inches high with a little platform built in.

She looked incredible, and much more comfortable in the ensemble.

He’d thought her cute before. It was a gross understatement. She was fucking gorgeous.

She cocked her head to the side.

He rolled his eyes and stood.

“Do you want something else? Another outfit for tomorrow? Get whatever you want. Seriously.”

“No, this is kind of a one time deal. Thanks though.”

He frowned, wondering what she meant. He handed the sales woman the card and she swiped it.

She shrugged self consciously.

There was a crystal studded evening bag that caught his eye. Then he noticed the jewelry.

He pointed to a necklace in the case. It was a ruby heart pendant set in platinum. Simple but very dramatic.

She nodded and pulled it out, swiping the card again.

He waited until Jessica was done pulling the price tags off her clothes and shoving her things into the tiny purse.

“What do I do with this stuff?”

“Can you send her clothes and bag to the suite?”

The sales girl nodded. He held up the necklace.

“Hush now, I want you to have it.” He grinned. “You are lucky I didn’t try and buy the matching earrings.”

Jessica stared at him, dumbfounded. He lifted the necklace over her head and fastened it.

She blinked up at him, clearly not sure what to make of this latest extravagance.

She bit her lip.

“What happens in Vegas stays in Vegas?”

He grinned and grabbed her hand.

Joanna Blake loves good old fashioned romance, men who open doors and work with their hands. Hot Blooded Heroes is a series of sizzling stories about True Blue American men and the women who love them. She’s thrilled to be collaborating with Pincushion Press on her new series! Come along for the ride!

Other books by Joanna Blake

Wanted By The Devil: http://amzn.to/2sTXTR8

Ride With The Devil: http://amzn.to/2rBRDQ9

A Bad Boy For Summer: http://amzn.to/1QfU9Da