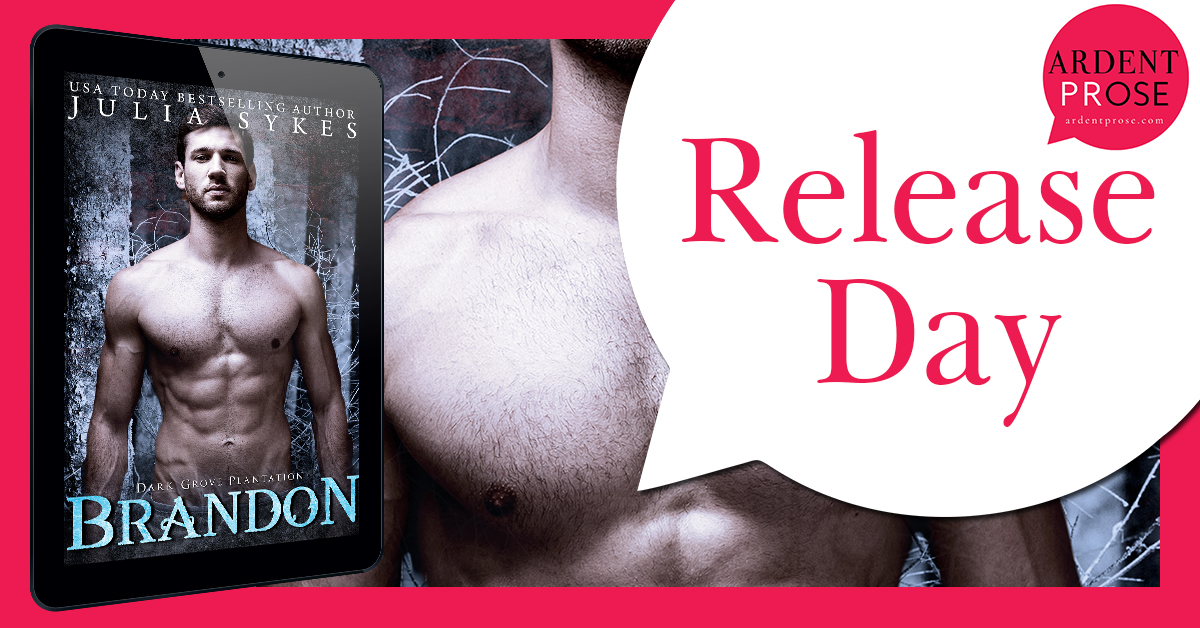 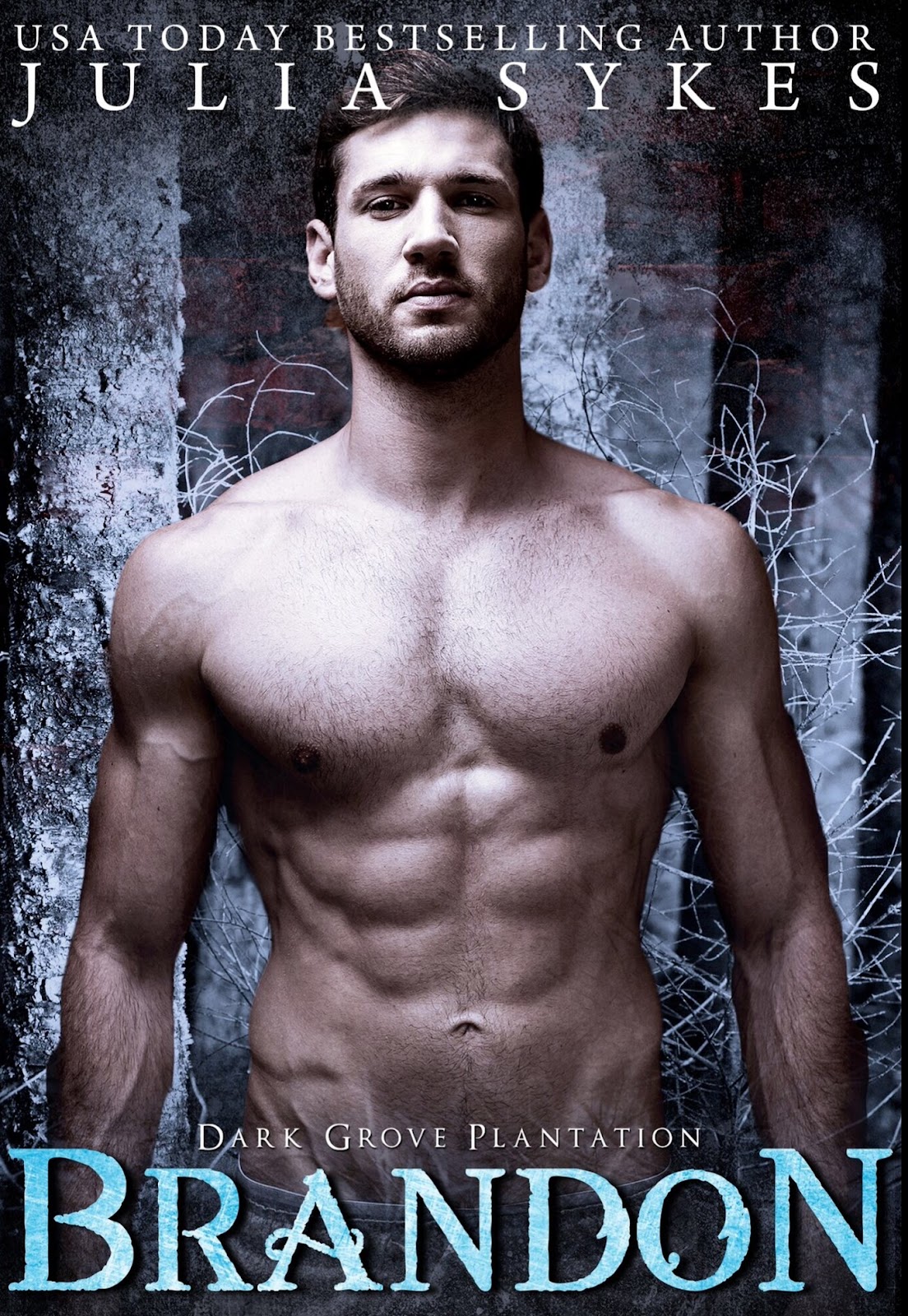 “Hello there, sugar.”I tensed at the sound of his familiar, impossibly deep voice. I’d come to dread its sexy Southern twang. Conversations with Brandon never went well.I took a breath and slowly turned to face him where he’d come to loom behind me. Although I arched an imperious brow at him, my efforts were somewhat ruined by the fact that I had to stare up at him. I might be six feet tall with the added height of my stiletto heels, but he still had several inches on me. And when he was standing this close, it was impossible to meet his eye without tilting my head back. It made me feel small, exposed. Vulnerable.I shifted back slightly, only to bump against the bar behind me. An irritatingly sexy smirk tugged at his lips. I forced my gaze to remain trained on his rich brown stare rather than allowing my eyes to drop to the mocking curve of his mouth. Remarkably thick, dark lashes framed those eyes. The effect might have seemed feminine on another man, but Brandon’s strong, square jaw was overtly masculine. And the way he was watching me was all alpha male. His eyes narrowed slightly, the molten chocolate irises darkening as his pupils dilated: a predator fixing his sights on his prey.I lifted my chin and met his challenge, my eyes clashing with his.“I’ve told you not to call me sugar,” I said coldly. We’d had this argument before. It seemed to be one of Brandon’s favorite conversations. The man loved goading me.His smirk widened to a dazzling smile, as though my irritation pleased him immensely.“What should I call you, then?” he asked, his voice lilting with amusement.“Mistress would suit you nicely,” I quipped.“I’d prefer to call you mine,” he countered in a rumbling tone that caressed my skin. I suppressed a shiver.I shrugged it off. “Keep dreaming.”He cocked his head at me, and the crimson club lights glinted a bronze halo off the copper strands in his dark hair, making him resemble a dark angel for a few befuddling seconds.“I do dream about you, Ella. Do you want to know what I dream?” The wicked gleam in his eye made my mouth water, and I took too long to refuse him. He leaned in closer, so the heat of his bare skin pulsed against mine. He wore only his faded jeans. They were slung low on his hips, leaving his powerful body on display.Unable to help myself, I glanced down at his sculpted chest, my eyes greedily roving the contours of his perfection. My gaze followed the sexy V at his hips, down the trail of dark hair that disappeared into his jeans. A small, involuntary gasp left my lips when I saw his cock straining against the denim fabric.His head dipped toward mine, until I could feel the heat of his breath fanning my neck. He didn’t touch me, but I could feel him against every inch of my skin.“I dream about you, bound beneath me,” he whispered, low and rough. “Screaming out my name while I taste and torment your sweet little pussy.”“Keep dreaming,” I managed again, but my breathy tone ruined the retort. “I don’t want to be tied to anyone’s bed. I’m the Domme. I have to deal with men trying to Top me every day in the courtroom. I’m not about to let you do it in the playroom. I don’t enjoy losing. Ever.”Brandon drew back slightly so I found myself captured in his curious gaze. “You think submitting means losing?” he asked.“I… No. Of course not.” I fumbled. I didn’t think of my submissive partners as losers. I respected them and cherished the trust they placed in me when they chose to give me control.“But you think you’d be losing if you submitted to me,” he surmised. It wasn’t a question.I shook off my confusion. “I don’t need to worry about losing, because I’m not playing with you.”“Playing? Is that what BDSM is for you? A game?”I shrugged. “It’s a common term for sharing a kinky scene, and you know it. You’ve been coming to Dark Grove for three months now. Don’t act naïve.”“I’ve been in the lifestyle for much longer than a few months,” he allowed. “So no, I’m not naïve. I think you might be, though.”“What?” I gasped, affronted. “I’ve been a Dominatrix for years.”“I’m not saying you’re not a skilled Top,” he said calmly. “I’m saying you’re willfully deceiving yourself if you truly think there’s nothing between us.”“There isn’t,” I said, as flatly as I could manage. “I’m not interested in you, Brandon.”He reached out and touched my cheek with proprietary familiarity that shocked me to my core. His fingertips explored the line of my jaw, his thumb traced over my parted lips.“Then why do your eyes darken when I’m close?” he asked, pinning me in place with his intense brown stare. His fingers trailed lower, caressing the vulnerable artery at my throat. “Why does your pulse race?” He inhaled deeply, breathing me in. “I can practically smell how wet you are. I bet your panties are soaked right now, and I haven’t even kissed you yet.”“I didn’t say you could kiss me,” I whispered.“I didn’t ask for your permission, Mistress.”