The price of fame – One life – FOREVER.

The price of love – Heartbreak.

The price of one regrettable mistake + fame = Hopelessness

Be careful what you wish for.

Noah Haxby learned that lesson a little too late.

Young and impressionable, he followed the orders from the kingmakers of rock, gathered a massive following, and gained notoriety for his hellraising behavior.

Years later he was buried in hurt and regret; living a shell of a life that was almost in ruins – that is until tragedy struck and his life took an upward turn, bringing second chances in more ways than one.

However, Noah is still unable to shake his past, and the rock star’s life wasn’t truly his own until in a moment of clarity he risked it all.

Universal buy link click the icon for your favorite store:

When I overheard Noah reply at the door as they left I could have punched the air with joy at the answer he gave Clara. It was honest and straight from his soul. My heart squeezed because I knew how hurt he was at having to face such a degrading process to prove himself.

He wandered into the kitchen with his hands stuffed deep in his pockets; the serious expression he wore said we weren’t out of the woods yet. He silently nodded in Molly’s direction but said nothing in front of her. Taking a seat beside her he suddenly scooped her out of the chair and swiftly tilted her upside down. The quiet kitchen was instantly filled with the sound of her infectious giggle.

“You’re crazy, Noah,” she shouted then screamed in a high-pitched shrill of delight.

“I am, baby girl. Haven’t you heard? I’m a freaky rock star, we’re supposed to be crazy,” he replied as he set her back down on the chair next to him again and began setting the table for dinner.

“Noah, will you sing to me after we’ve eaten?” she asked, hopefully.

Noah stopped what he was doing straight away and sat opposite her.

“Why wait until then? We can do that now if you want,” he said with a shrug and a wink.

Leaning over toward the utensil pot he plucked out two small wooden spoons, gave them to Molly, and began to tap out a beat on the table with his hands. Nodding his head, he encouraged Molly to join in and she began to hit the table with them, trying to copy the beat. Noah began to sing “Don’t Worry Be Happy” by Bobby McFerrin.

I had begun plating up the food and stopped when I became enthralled watching him engage Molly by singing the song. He chuckled when she mumbled incoherently at the parts she had no clue about and at others when she suddenly became loud and sang with incredible clarity, which was mainly during the chorus.

Noah’s face broke into a grin often but he kept on nodding to keep her attention and my heart swelled with love for the man that most on the outside would never know the way I did. I turned away with a lump in my throat and swallowed with determination because the last thing I wanted to do when they were having such fun, was become emotional. Molly had seen me do that too many times in the previous months.

Once I had composed myself enough, and they had finished the song I placed the food in front of them. Sliding into my seat, I turned to look at Noah who hurriedly placed his hand on the back of my head and pulled me closer.

“I love your Aunt Maggie to infinity, Molly… is that okay with you?”

Molly stuffed a green bean into her mouth then threw her hands in the air.

“Hmm. I’m not sure because I don’t know where infinity is,” she replied in all innocence.

“What he means Molly is Noah will love me until the end of time… I mean forever,” I said quickly correcting myself when I anticipated the ‘when is the end of time’ question that would have been inevitable if I’d left it there.

“That’s fine by me… but you know I’m part of that package, right?” she added and scooped some mashed potato into her mouth.

Noah and I chuckled because she’d obviously heard me say that to him and it had stuck in her mind.

“Of course. I’d never dream of loving Maggie without loving you as well. Except I love you in a different way from the way I love your auntie.”

“My love for her is like when my heart bleeds because she’s not in the room beside me.”

“Yuck,” Molly replied and screwed up her face. My eyes met Noah’s, and I knew he spoke the truth because I knew exactly what he meant. I hated being apart from him.

“Ah, that’s a special kind of love. It’s the kind of love that makes me want to wrap you up in a big comforter and keep you safe on the sofa for the rest of your life.”

“Well I don’t mind you loving me, but I think that would get a bit boring after a while.”

Noah and I laughed again, then he leaned over and took her little hand in his.

“What I’m trying to say is if you and your Aunt Maggie are happy then my heart is happy too. If you hurt, I hurt because I know I’d be crazy not to love you.”

“Are you saying you don’t have a choice to love me?” Noah looked at her like she’d solved a Rubik’s Cube puzzle all by herself and nodded.

“Got it in one,” he replied and high-fived her.

She dropped her fork and stared directly at him. “You’re like a dad then. They don’t get a choice to love, they just get whatever comes out of the mommy’s tummy,” she replied oversimplifying the love a father should have for his child.

I watched the sharp intake of breath he took and saw the way he swallowed like what she’d said hit a raw nerve. He was too choked to speak and nodded slowly.

“All right, now we’ve established that Noah loves us, let’s eat up before our food gets cold.”

Molly picked up her fork again and tucked in without another word, but it took Noah a minute to collect himself before he attempted his. 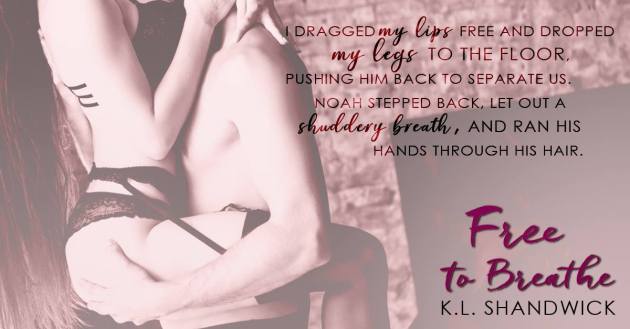 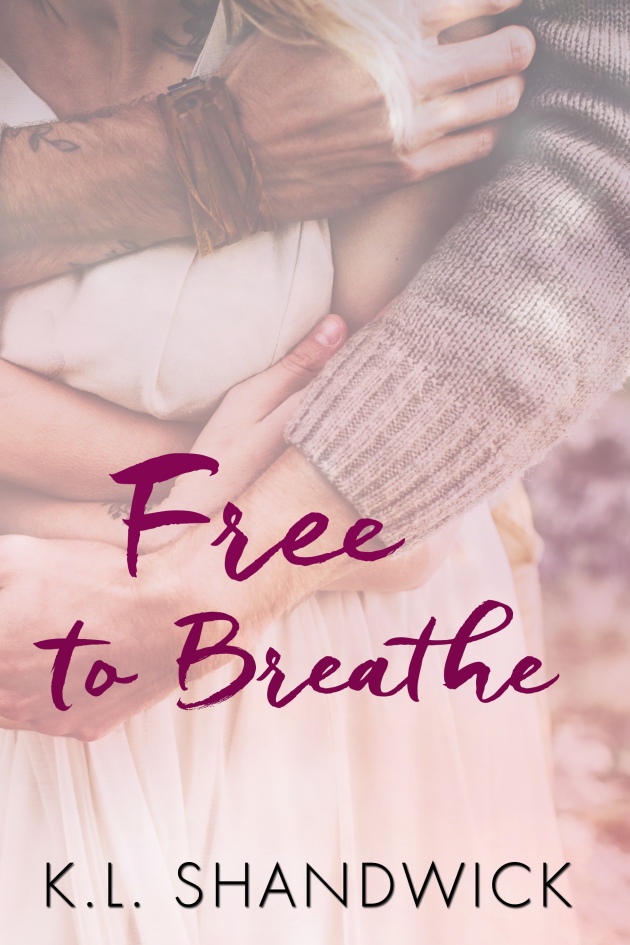 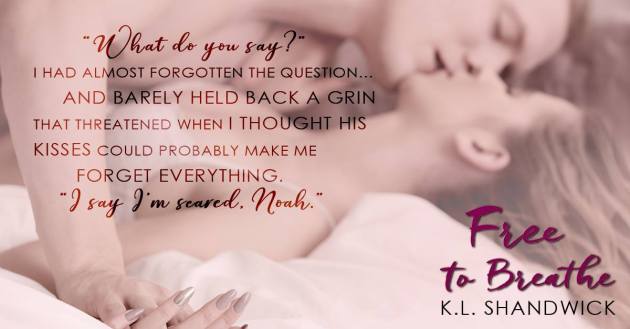 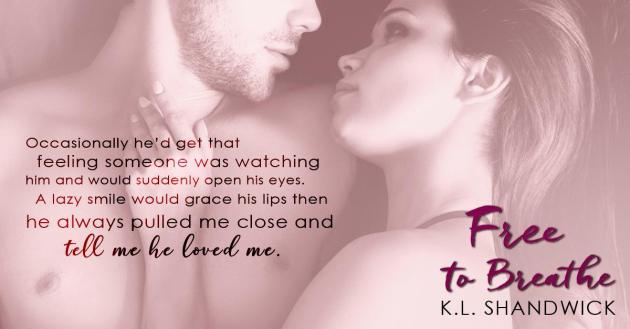 Is K.L. Shandwick a new Author to you? Check out K.L. Shandwick’s awesome emotional reads on her Amazon page. Already a fan? Never miss another release by clicking that little yellow follow button at the side and Amazon will always alert you to her new releases.

Love With Every Beat – Alfie Black’s POV on music, fame and love. To accompany the everything series.

Just Jack (Jack from The Everything Trilogy.)

Everything Is Yours – a novella with characters from The Everything series. 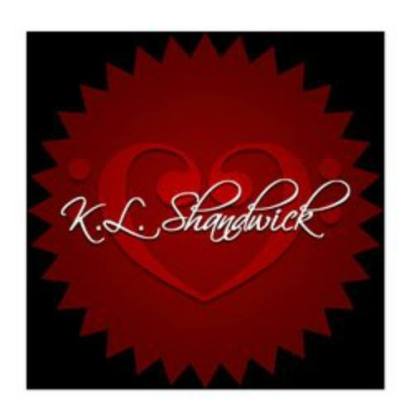 Writing came relatively later in life for K.L. Shandwick after a challenge by a friend led to The Everything Trilogy and now she loves creating new storylines.

Her characters have flaws and she hopes this helps the connection between them and her readers. K.L. enjoys the journeys they take her on during the creation process and each character has his or her own voice. She also doesn’t use prepared outlines for her stories preferring the characters to take their own direction as the story progresses. These days K.L. lives in the Yorkshire countryside and writes full-time.

Follow K.L. Shandwick and check out her hangout. Be sure not to miss future releases by signing up for her newsletter. (she promises not to spam you.) 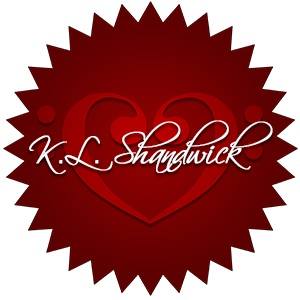