Braiding nanotechnology and medicine equals magic to the psychopathic mind. Megan Chauner has achieved her dream of opening a veterinary practice when she receives a mysterious package with a dire warning from a college roommate turned investigative reporter. Entering a world of advanced surgical techniques, polymer microchips, and nanotechnology, she discovers twisted minds merging the latest science with progressive surgical procedures in a bid for power and wealth. Lucas McAllister faces the biggest upheaval of his life. From chick magnet to wounded cop wasn’t a fall he’d foreseen. Now facing a forced retirement, he returns home to find a gun-toting enigma with multiple IDs deciphering reams of technical, medical jargon and embroiled in a plot destined to alter mankind’s path. Stalkers and assassins draft reality checks that test Luc’s skill and endurance in keeping Megan and her furball alive while the McAllister brothers unite to thwart a bi-coastal conspiracy.

I really enjoyed reading Inconclusive Evidence. This is my first book by this author. It won’t be my last. I didn’t realize when I started reading that it was the third in a series. Thank Goodness it can be a standalone! I loved the characters. The story was well written and had me on the edge of my seat. I loved the suspense/mystery of the story. I can’t wait to go back and read the other books! Reily Garrett definitely has a new fan!
received an advanced copy

This is a fantastic debut for Jim Ody! I was thrown directly into the story of Daisy’s kidnapping and Eddie’s missing father right in the beginning of the book. The book is very well written and switches POV and between past and present to tell this story. Lost Connections is full of suspense, mystery and to my surprise and excitement it is full of odd characters and humor. This is a quick pace book and had me devouring the pages to solve the mystery. Absolutely wonderful book! I can’t wait to see this author’s works in the future!
**received an advanced copy for an honest review then bought bc I love this book!**

I freaking loved this book! I love reading ghosts, monsters and anything scary or creepy. This series has taken creepy and turned it into scary mysteries. I love the characters in this book. The story had me turning the pages quickly to get to the bottom of what on earth is happening! I am in love with this series and can’t wait for book 3!

This is a fantastic book! I already love Alex Grayson and now can’t wait to read AM Willard books as well! This is a pretty dark book. It is well written and the characters are very real. The story is so real is scary at times. This is a hear breaking, anger inducing beautiful roller coaster ride of twists, turns and emotions. This is absolutely worth a read (and a reread) It’s such a fantastic book!

An Action Misadventure Thriller from The Last Frontier: In Alaska, you can see yourself scream…

Anchorage, 1976 — Albert and Waxy flunk their Intro to Philosophy midterm and drunkenly decide to drop out of The Ohio State University and go to Alaska to “strike it rich” working on the Trans Alaska Pipeline. After Albert’s father cuts off his credit card, they get bartending & dishwashing jobs at an Anchorage bar, where Albert becomes involved with the bar owner’s girlfriend, CiCi, who is also the lead singer in the house band. Albert “acquires” a union card to get a pipeline job for himself, but then learns that Waxy has become part of a crazy scheme with Jimmi the Pilot, Beantown Bob and Moe the Eskimo to find and recover a long lost government payroll from an Air Force cargo plane that crashed in the Alaska Mountain Range decades ago. 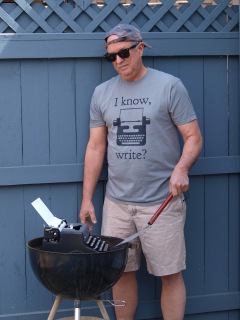 M.T. Bass is a scribbler of fiction who holds fast to the notion that while victors may get to write history, novelists get to write/right reality. He lives, writes, flies and makes music in Mudcat Falls, USA.

Author: Lyz Kelley
Genre: Contemporary romance, suspense, mystery
Stars: 4🛍🛍🛍🛍
Lyz Kelley is a new author for me. I’m very glad I had the opportunity to read this book. I really enjoyed reading Blinded. I love Joey and Mara as well as all the supporting characters. Blinded is a mystery/ romance. The story was well written, and though a little slow in some places,  very enjoyable and engaging. I had a large range of emotions while reading this book. It was a good and sweet read but left me with a few unanswered questions. I’m excited to read more of the series to get those questions answered and visit with my favorite characters from this book once again!
**received an advanced copy for an honest review**
https://www.amazon.com/gp/aw/d/B01N4AP1US/ref=mp_s_a_1_fkmr0_1?ie=UTF8&qid=1486625279&sr=8-1-fkmr0&pi=AC_SX236_SY340_FMwebp_QL65&keywords=blinded+lyz+kelley

This was the first book I’ve read by either author and I have to say it was a great concept for a book. There were multiple grammatical and spelling errors but it did not detract from the story. I will be reading more from these authors.

Liala wants to go camping for her 21st birthday to the place where her now to see deceased mother used to take her. It was just supposed to be her, her father and her little brother, but then her cousins and uncle came and brought their friends. Little did they know they set up right in a werewolf territory. Warnings from an old woman go unheeded, will this be a big mistake?

Can’t wait for the second installment!! 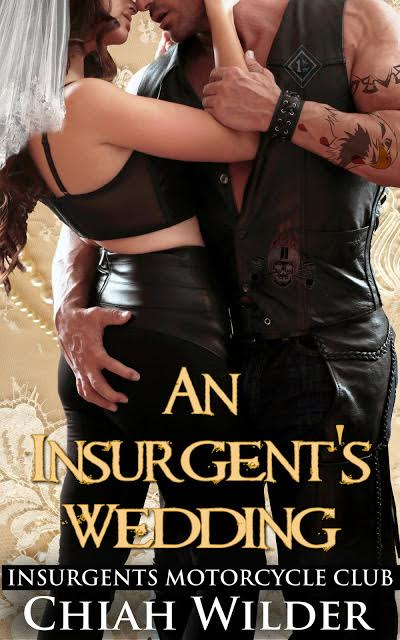 Finally Hawk and Cara get their happily ever after!!! I love the two of them together. Cara wants a society wedding and Hawk wants a biker wedding. So they compromise and have both one after the other. But someone from their past is seeking revenge and it could end up costing them much more than their happiness together.

Cara’s classy wedding goes off without a hitch even though Hawk had a security detail of bikers in attendance. Hawk’s biker wedding is the same just wilder. Then the unthinkable happens- will they be ready for it? Will their love endure?

You HAVE to read Hawk’s Property to even have a chance of understanding this book.

I loved this book!!! Ms. Wilder is a new author to me and I love her writing style. She writes what I feel like bikers would talk like and how they would act.

Cara is a lawyer who’s sworn off men when she found her fiancé in their bed with another woman. Hawk is the VP of the Insurgents MC and has his eyes set on Cara. He is a man-whore who just wants in Cara’s panties and Cara doesn’t want a man much less a crude biker.

When Hawk’s MC is in trouble and their regular lawyer is out of commission they hire Cara. She wins the case for Hawk and she thinks its over from there, but she is so wrong. Hawk just can’t stop thinking about Cara and Cara is wondering what Hawk will be like between the sheets. She has to keep reminding herself that she has sworn off men, and it gets harder and harder when Hawk is so relentless.

When things get dicey with a rival MC, Hawk thinks it’s his duty to protect Cara because he feels that she is his. Add to the trouble for Cara she on a serial killers radar. Will she get over her fiancé’s betrayal and let Hawk in before it’s too late? 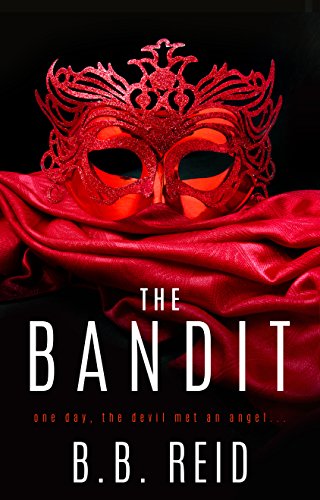 This is the first book I’ve read by B.B. Reid and I’m hooked!! The book was action packed, suspenseful and just a little bit of heat packed in there.

Angel is forced to babysit Mian from a young age. Their relationship is a love-hate, hate being the most prominent because of Angel’s budding attractions for Mian. He is disgusted by it because of their age difference. They bump heads at every turn, finally their fathers separate them.

Some years pass with tragedy and heartbreak but they meet up again when Mian is desperate and breaks into Angel’s house with the intent to steal something of value. And that’s when it gets interesting. Will Angel just let Mian go without his most prized possession in hand?

Betrayal, intrigue and a nail biting experience from the first chapter. If I could I would give this book 6-stars. I’m a new fan of Ms. Reid!!!