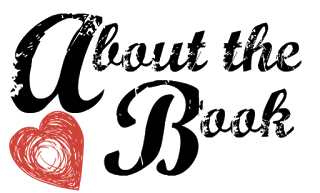 River Ahlers is damaged goods. On the surface she’s a driven businesswoman, leading a new division of the marketing firm she works for. But she knows better than anyone that being driven also tends to drive people away. At twenty-eight she’s made some of the toughest decisions of her life by burying the reason she’s damaged deep inside her. That is until she walks into a tattoo parlor and falls into the arms of someone else just as broken.

West Brighton is bad news. He’s a tattooed rebel with more money than he needs, and so many scars on his heart, he’s sure there’s no way to let someone in. Until River, but she’s still stuck on her ex and his friend — Adam Beckerson.

Adam Beckerson is a changed man. He’s made a successful career for himself and his best friend, Tara, hasn’t left his side. She gets him– the real him that he’s never shown anyone, but there’s still something missing.

Each one of them is beautifully flawed, and in one another they can find perfection, if only they are willing to reshape their shattered dreams into new, better ones. 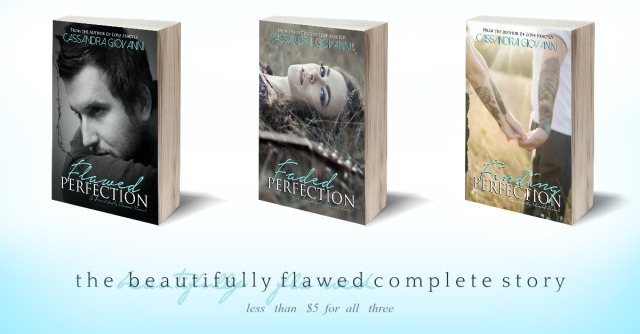 “I never really pictured you with a guy like Adam,” West said, and we stopped walking as we reached the stairs. He turned to face me, cocking his head. “You’re both too high strung. There’s no balance there.”

“High strung?” I asked, narrowing my eyes at him. I’d never been mad at West before, but at that moment I felt the warmth turning into burning anger.

He leaned forward and kissed my nose. “Absolutely nothing wrong with that.”

“I think I just miss him,” I replied with a nod.

West smirked. “And you’re realizing what an ass Adam was.”

“You’re his friend!” I shot back and West shrugged.

“That doesn’t mean I think he deserved you,” he said, and his neck turned red.

“Are you jealous?” I asked, elbowing him.

He pulled me into his arms, his eyes teasing as he leaned down and pressed his lips to mine. The fire ignited in my heart, and the kiss deepened, taking any thoughts of either of the Beckerson boys always immediately. West’s lips moved away from mine, but I could still feel his breath on them as he tangled his hands in my hair.

“Not at all. You’re mine,” West whispered, and there was a painful edge to his voice as if there was a silent for now at the end.

“For as long as you want me,” I replied, trying to convince him with my eyes that I meant it.

“I’d like that to be a very long time, Riv. Is that a promise you want to make?”

I leaned up on my toes, pressing my hands into his shoulders as my lips met his ear. 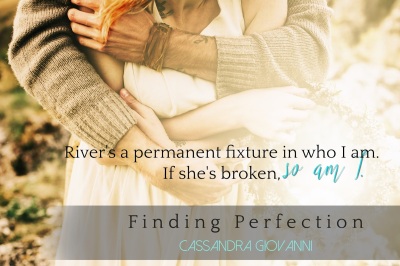 EXCERPT TWO
“I hope you don’t mind. I changed our plans a bit. I figured we couldn’t go into the city with the pups, and I know it’s a bit too cold for the ocean, but I figured we could go to the Cape. Maybe have a game of volleyball, and eat the last lobster rolls of the season. Just meander the coast.”

The piece of waffle went heavy, sticking in my throat as I swallowed.

The last time I’d been there, Adam and Bobby had fought, and Tara had come away with a concussion. My ears rang, and I could feel the blood drain from my face. West slowly put his paper cup down.

“Are you okay?” he asked, concern showing in the way his eyes flickered over mine.

I closed my eyes, inhaling through my nose. “The last time I went…”

“It was with them?” West filled in the blank, and his voice went hard at the edges. I opened my eyes to see him leaning against the kitchen island, his tattoos flattening against his arms.

“Yeah, there was a big fight. Tara ended up going to the hospital,” I replied, and West’s eyes widened. “Accidentally. Bobby pushed Adam, and he went into Tara. She hit the volleyball net’s post.”

West looked ahead, his tongue running over the inside of his cheek before he turned to look at me. His green eyes twinkled with a new enthusiasm. “So we fix it.”

“Fix what?” I asked, looking at the once tasty breakfast that was now getting cold.

“Bad memories. We’re going to make new good ones to replace them,” West replied before nodding to our breakfast. “Starting with the general birthday suckage and moving onto specifics like the Cape. When was the last time you played volleyball?”

I swallowed, and West gave a knowing nod before playing with his waffles. His voice was deep as he continued, “Ate a lobster roll?”

This time his eyes rose to mine.

“He ruined a lot of things for you, didn’t he?”

“The lobster roll wasn’t a bad memory,” I replied, and he took an angry bite of his waffle, smearing whip cream across his cheek.

“I’m going to make it better,” he said through his full mouth.

I laughed leaning up and kissing away the cream. “I’m sure you will.”

One of his eyebrows rose. “Eat up, Missy. I have an ex-boyfriend to show up.”

I laughed at that, taking a bite of the fantastic waffles and the strawberries we’d grown together. The crop had been so plentiful that half the freezer in West’s house was filled with them, and there were another two bags in my freezer. The waffles beat Adam’s perfectly gooey in the middle pancakes because they symbolized West and I. Something different. Something sweet and that we made together. Like he intrinsically knew that breakfast food like this would be the start of a perfect day.

“You’re already winning,” I said, popping the last strawberry in my mouth.

“And how is that?” West asked as he took my plate to put it in the dishwasher. I bit my lip at the way his ass looked perfect in his jeans.

He turned, and I signaled with my finger for him to lean over the island to me. I kissed him once slowly, and then pulled away, pressing our foreheads together.
“By being you.” 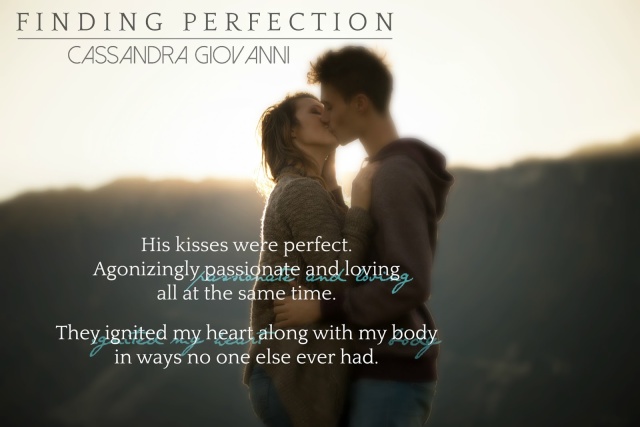 Cassandra doesn’t remember a time when she wasn’t writing. In fact, the first time she was published was when she was seven years old and won a contest to be published in an American Girl Doll novel. Since then Cassandra has written more novels than she can count and put just as many in the circular bin. Her personal goal with her writing is to show the reader the character’s stories through their dialogue and actions instead of just telling the reader what is happening. Besides being a writer, Cassandra is a professional photographer known for her automotive, nature and architectural shots. She is happily married to the man of her dreams and they live in the rolling hills of New England with their dogs, Bubski and Kanga.
Cassandra Giovanni is published by Show n’ot Tell Publishing based out of Connecticut, USA
Connect with Cassandra on Facebook, Goodreads and Twitter.  Learn more about her and her novels at her website, www.cgiovanniauthor.com and read the first ten chapters of each of her published novels through her Book Catalog. 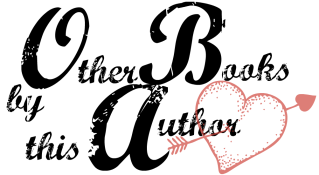 The Boys of Fallout Series
FREE on Kindle Unlimited 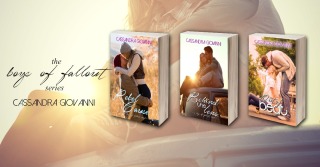 Out of Beat: Amazon

Behind the Lens: Amazon

In Between the Seasons (The Fall Series #1) 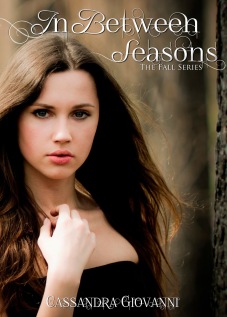 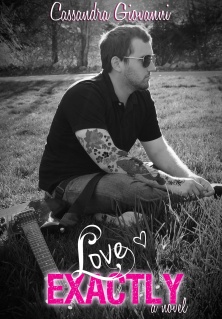 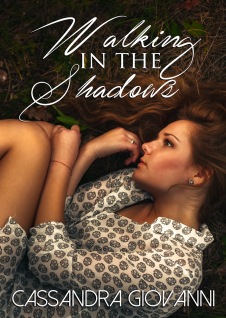 I loved this series. The story was fantastic. It and the characters were well written and attention getting and attention keeping. I absolutely loved Alix. She was a pretty awesome and tough heroine. Filled with magic and a bit of love and betrayal this is an awesome urban fantasy series for anyone who enjoys paranormal.

I think this series just keeps getting better and better. I am so in love with Walker and Daniel! This book takes them time traveling. Time travel, action, adventure and a few crazy surprises (for me). This is my favorite book so far! Oh my goodness! The ending had me jumping and yelling for the next book. This is an amazing and beautifully written series. I feel like I now know the characters and could say hello to them on the street. I don’t even have the words to say how much I love this book and series. I’m so so excited for the next book!

Skypunch starts where book one ended. I definitely recommend reading book one first. This book took me on an amazing journey from page one. This story is full of twists and turns and a bit darker than the first. I love Walker’s growth as a person. The new characters introduced are well written and very interesting/likable (for me anyways ). I am absolutely in love with the way this author paints such a picture with her storytelling. This, so far, has been one of the best series I have read all year!!!!!

Wow! An absolutely original and fantastic idea for a series! I love the concept of this book so so much. The book is very well written and Walker and Daniel are absolutely lovely characters. I adored the humor and wit. I also loved how C.L. Gaber put famous dead people and modern culture references into the story. I can’t imagine being Walker and waking in a strange place, only to find out later that you are dead. She handled everything pretty well surprisingly. My only real complaint for the story is that, for me, it was slow in a few places. It took a little time to get through. I think this young adult book would be a great read for almost everyone. I’m so excited to read book two!

The Irrevocable Series is a pretty clean YA dystopian series (end of the world…. not zombie apocalypse). I enjoyed this series very much. I am definitely all for end of the world books. I think my favorite part of this series was Bailey. The loss of the most important people in her life changed her from pleasant to an angry at the world, bitter self centered girl. Through each of the books I could see and feel her growth as a person in trying to deal with everything. Book one sets up the series and book two and three are where all the good stuff happens (for me). These books are action packed and full of twists and turns. The story is well written and the main characters are relatable and real. There were a few too many side characters for me to keep straight in my head. All in all, this is a great series and I would recommend this to everyone!
**received an advanced copy for an honest review**

I loved this series so so much. Cole and Savannah were wonderful characters. I am sad to see their story end. I loved how all of the books were able to keep me on the edge of my seat. These books were definitely page turners! Beautifully written and with well fleshed characters I absolutely feel this series is a must read!

I just want to say this series is absolutely amazing. I love how while reading I feel myself falling into the story and getting lost. The secrets and twists and turns keep this story so interesting and kept me glued to my seat reading. Amazing story!!!!!

Title: What The Heart Desires

Best book of the series so far! Twists and turns, suspense, and all the the feels makes this an amazing read!

Title: What The Heart Takes

What The Heart Takes is book 3 in the Soulmate series. These should be read in order so everything makes sense. This book is beautifully written and takes you on an emotional journey. Absolutely wonderful story!