Pursued by the Imperial Prince by Mina Carter 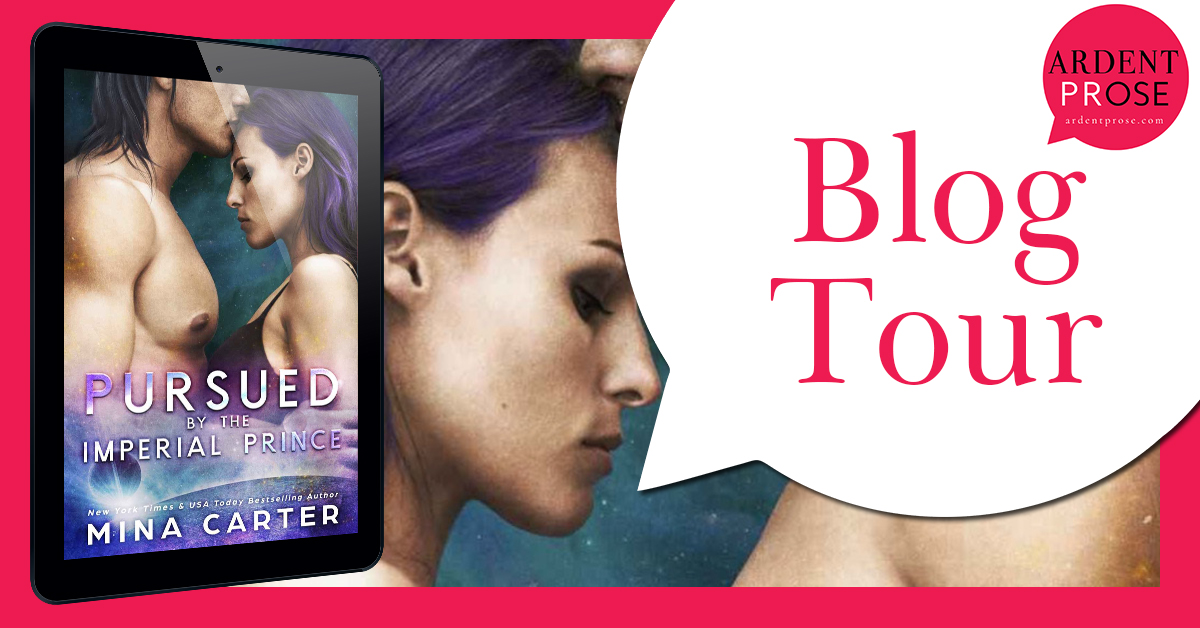 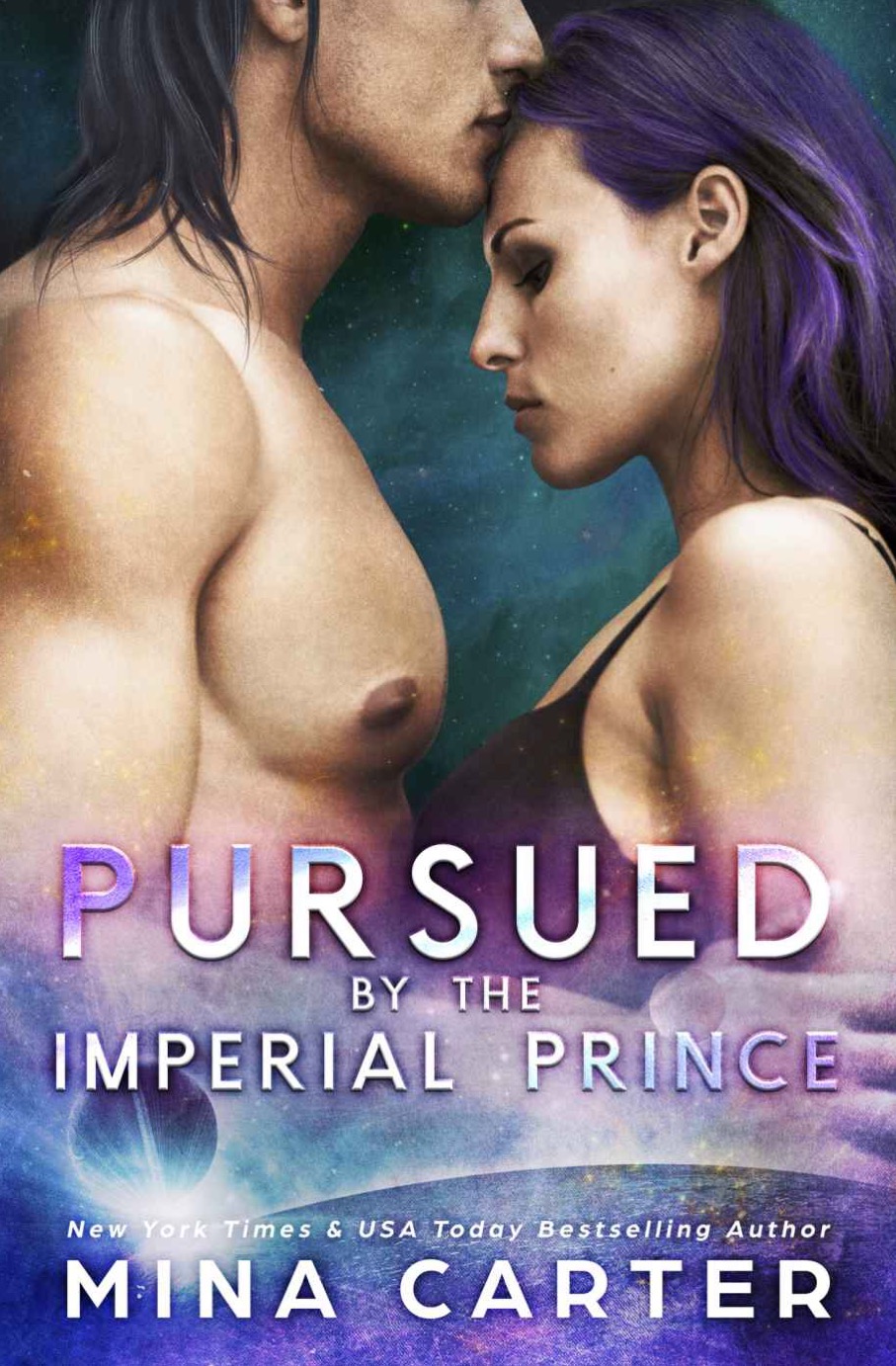 On the run… Hunted… by the man she once gave her heart to. Outlawed noblewoman Jaida’s been everything from a high speed courier on Arcalis Prime to a waitress in the cloud café’s on Selenis. Different careers, different names, different identities. When a cover got easy–so easy she started to believe it herself–she knew she’d been in the same place too long and it was time to move on. Before she got comfortable and started to make mistakes. Mistakes would allow Imperial Prince Seth to find her, and if that happened, people would die… But after five years, Seth has found her, and she can no longer outrun her destiny: she’ll be the prince’s courtesan, but he’ll never own her heart… He wanted the one woman he couldn’t have… Five years ago he thought he’d found his princess, the woman he wanted to be his bride and rule alongside him. But instead of accepting his betrothal bracelet, she refused him and ran. Unable to let the insult lie, he’s chased her ever since. Now he finally has her, captured while working on the docks and he can finally get his revenge on the woman who spurned him. The woman he can’t get out of his head. He’ll make her his courtesan and get her out of his system for good… But all is not as it seems, and the truth he thought he knew turns out to be a lie. When Jaida’s life is threatened by a hidden enemy, can Seth see through the lies in time to save her… or will he lose everything to deceit? **Please note – This title has previously been released with another publisher and has not been revised or altered significantly.**

“Move that fucking piece of shit… Yeah, I’m talking to you buddy. Sheesh, some people really need to learn to drive.”Jaida slumped back into the harness of her power loader and concentrated on transferring the load she was carrying from the open cargo hold in front of her to the anti-grav pallets beside it. She grumbled under her breath as she worked. Today was not a good day. The idiot-factor was so high she was virtually swimming in them.She shook her head, her dark hair dancing about her shoulders, and issued another curse directed at idiots who wanted to load high and drive fast. Yeah, she was just as interested in her weekly bonus as anyone else, but there was no way she was risking a safety fine. Especially not when her rent was due.She moved smoothly, arms and legs activating the sensor plates in the bi-pedal loader as she transferred her load container by container. A tired sigh escaped her lips as the last one slid into place with a heavy clunk-click. The red light on the side of the full pallet flicked to green and it moved away on automatic, a fresh one sliding into place in front of her.“Hey chica, almost quittin’ time… You working overtime?”Jaida turned at the voice, the feet of the loader clunking against the deck plating until she could see the voice’s owner. Felis, the only other woman on the team, smiled back at her through her front screen.Jaida rolled her shoulders to ease the ache creeping across them. “Yeah, I am. Could do with the extra cash, and you know what’ll happen if the Galess shipment doesn’t get offloaded in good time. Hicks’ll pitch a hissy fit, and tomorrow will be down the shitter before we start.”She smothered a sigh at her language, automatically coarse to match her cover identity. She’d been everything from a high-speed courier on Arcalis Prime to a waitress in the cloud cafés on Selenis. Different careers, different names, different identities. When a cover got this complete and easy, so easy she started to believe in it herself, she knew she’d been in the same place too long.It was time to move on, before she got comfortable and started to make mistakes. Mistakes would allow Seth to find her, and then people would die. They always did. Trouble was she liked Felis and the guys. For the first time in years she felt at home. If a wanted woman could relax enough to feel at home anywhere.“Jai! Boss wants to see you in the office.”Another voice interrupted their conversation. Both loaders turned at the heavy clump-whirr-clump of an approaching crane-lifter. Jaida hid her shudder as the driver leered at them. All the women on the docks knew about Hanrahan—they’d all been subjected to his sexist and suggestive comments.“Hey Jai, you want a hand getting out of that tin can? Perhaps a little bit of a rubdown?”“No thanks Han, I might catch something.” She turned away in a whir of mechanics, rolling her eyes as she passed Felis. “Best see what the boss man wants. Catch you tomorrow if I’m not out before you leave.”“Okay, good luck sweets. Mood he’s been in, you may need it.” 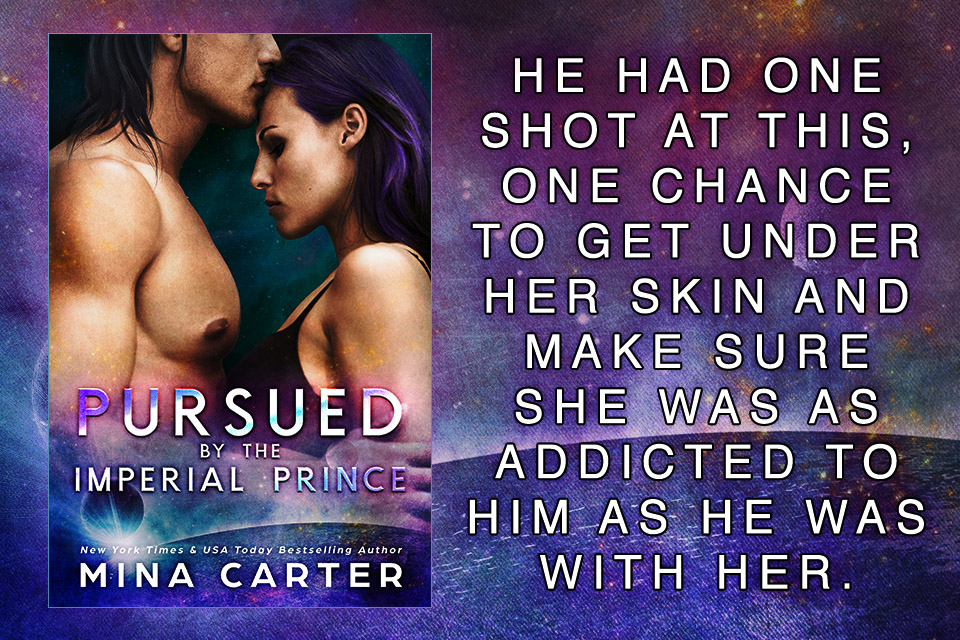 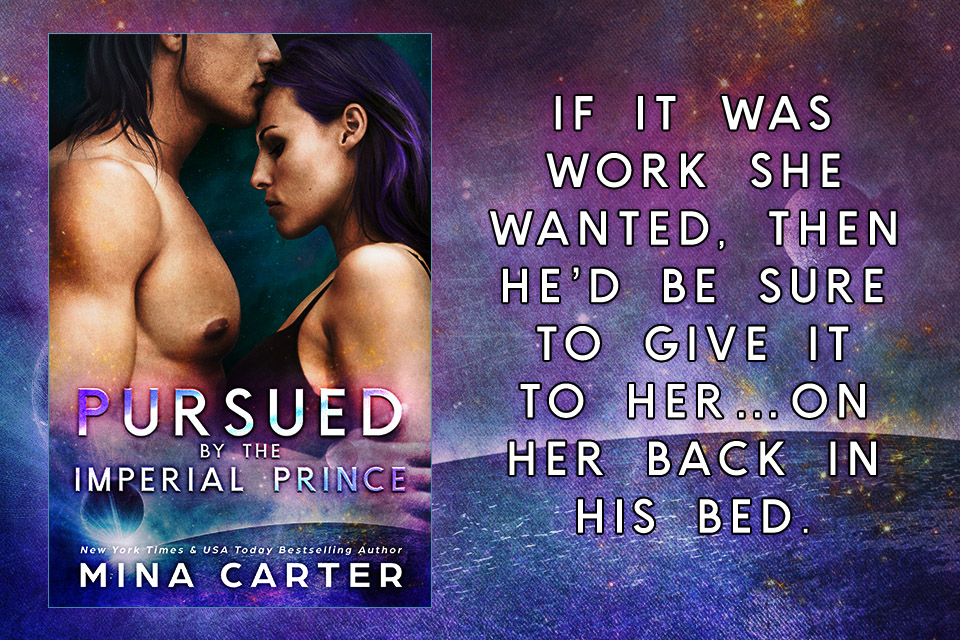